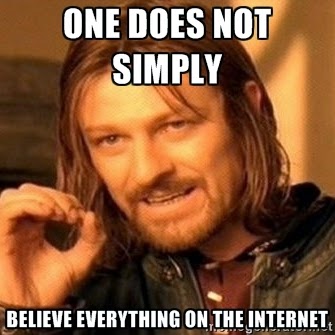 Over the last months imageboard culture has been a lot more visible over the Internet than previously - or, at least to me. In order to understand it, I can recommend two reads, the short version being A man in black Jay Allen's "How imageboard culture shaped #gamergate", the somewhat longer version is Gabriella Coleman's Hacker, hoaxer, whistleblower, spy, her wonderful work on Anonymous.

What both authors note is how the 'chan culture values anonymity, and how they go about enforcing it. The technology is designed for a strange kind of surveilled anonymity, where everybody posts behind the same username (mostly "anonymous"), but the moderators know the IP addresses - and several participants build traps in order to catch the addresses of others. On the social surveillance side of enforcing anonymity is the attitude towards those who break the consensus that being part of the faceless crowd is good, these are spoken about in a derogatory manner as "namefags" or "tripfags". Their sin is to want to be different, to retain their own identity in a sea where the safety of all depends on unity. By rejecting identification and an individual voice, imageboard users can experiment safely within their boundaries, protected by the community the way a herring is safe in the camouflage of the school. This reflects something Noell-Neuman notes in her discussions of public opinion in her work on the spiral of silence. Public opinion is, according to her, formed through an almost subconscious awareness of the position of all others around you. Through being social humans, reading the subtle signs of the society surrounding us, opinion is formed not in massive leaps, but in small, almost unremarkable increments. This is how fish in a school will know which direction the school is heading, through a constant, immersed reading of all the fish around them. This metaphor fits well with the idea that anonymity will let the strongest arguments float to the top, one of the main arguments in favour of chanonymity. However, the fish in a school do not necessarily swim in the most rational direction, they just swim in the direction of the majority.

Another description of this type of socially enforced unity has found its poetic expression in Aksel Sandemoses book "A fugitive crosses his tracks", where he describes "the law of Jante". The Jante Law has, in many ways, come to describe everything bad about small-town Scandinavia, but like the enforced and carefully surveilled anonymity of chan culture, it also creates a strong sense of unity, loyalty and understanding of equality. At its best, this culture aims at a general and mutual quality of life as more valuable than the quality of life for individuals, it can almost be seen as a rallying cry for utilitarian hedonism. At its worst - which was how Sandemose experienced it - it is destructive, harsh, cruel, and it cuts down all creativity, all independent rational thinking, and creates small-minded, mean individuals.
I don't know about you, but I think I'll go read Sandemose again. Written in 1933, it is obviously not limited to a place and a time. It is rather the law of enforced group thinking, of intense social policing and mob rule, and can let us understand something as surprising, but also human, as chan culture.
Posted by Torill at 09:27 No comments:
Newer Posts Older Posts Home
Subscribe to: Posts (Atom)