We imagine the edges of civilization as incredibly uncivilized, as if there is a core somewhere, far from the heart of civilized society, and then we work inwards towards some heart where we are all incredibly polite and mannered. And before I went on my quick visit to Svalbard, most of my ideas about life there came from what brief research I had done in the 80ies, while reading up on the King's Bay Affair while studying public administration. So, I imaged guys on Svalbard would all look like this:

This is Arne Kristoffersen, owner of one of the hostels in Longyear, working in the mine in the -80ies.

I also expected to be taken on a boat ride by these guys: 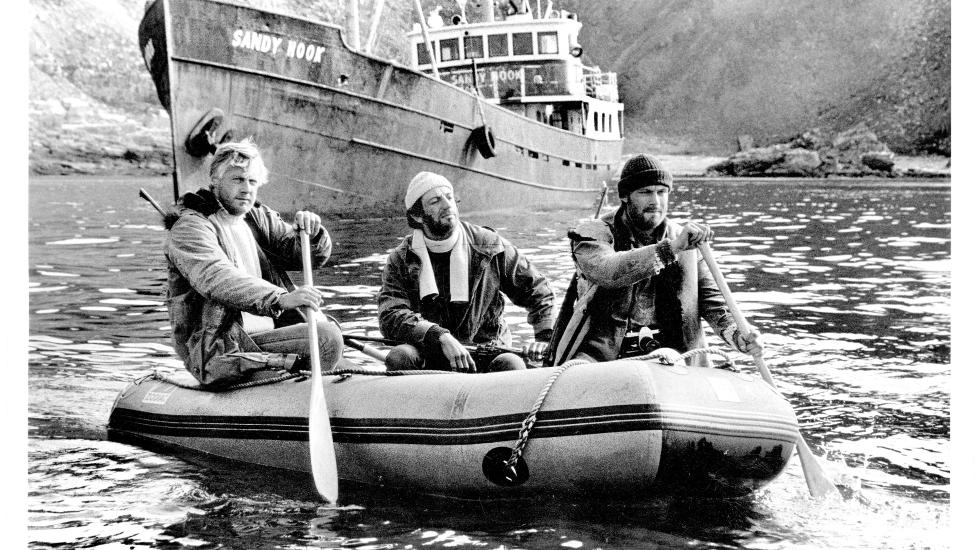 If they ever invite you to go, just say no. Instead, you can watch the movie from 1985, where the picture comes from: Orion's Belt. Or you can book one of the much more boring, but considerably safer, trips by boat to Bahrensburg. 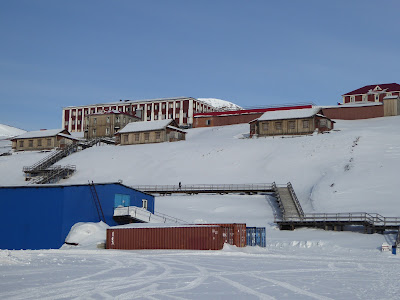 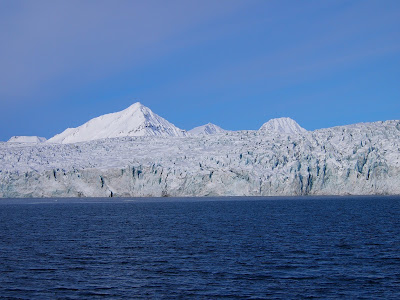 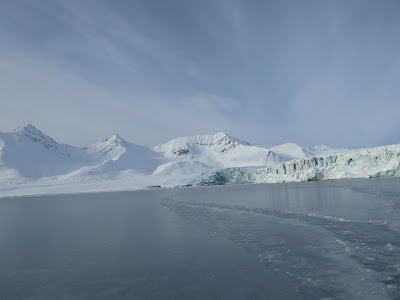 You can see glaciers and seals, and feel the boat break the ice (literally), but without the added adventure of scamming tourists out of their guns or discovering illegal radio installations. The Russians sell vodka rather than try kill you for discovering their secrets. Definitely an improvement.

I also did not see any polar bears, for which I am both sad and grateful. While I was there a Finnish group of tourists shot and killed a bear they claimed had been acting threatening. With more tourists there, all wanting to see a bear and take home a photo, this is increasingly likely to happen.

All in all, what I found, was a place of intense beauty, a landscape as cold and unfriendly as you can imagine, but with a thriving, active community of people that wanted to cooperate and care for each other. As clearly a tourist, I was just another person to deal with quickly. But together with my son, who studies there this term, I got to see how the locals changed the moment they met somebody who cared enough to come and stay for more than a brief sight-seeing. And then I was included, and they would start telling me their stories. In the few days I was there I got countless stories about the love of Svalbard. They came spilling out randomly - the waitress filling in for a friend, the driver there to see what the winter was like - but all of them were in love with the place. Not everybody, of course. One woman I talked to very ready to go home. "It's like you never get down from the mountains", she said, and talked about her garden in the south of Norway. There are no lush gardens on Svalbard.

Longyearbyen has all you'd expect of a city, though. Shops - they giggle when they point out the "shopping centre" - preschools, schools, a hospital, a culture house, pubs and a high-end gourmet restaurant. Unlike in most cities most of the traffic is on scooters. Like in most places, the youth growing up there want the freedom of transportation, which means they are riding scooters rather indiscriminately from a young age. But most of all it has people who care about people. The museum dedicated to the history of Svalbard is also a history of people helping or failing to help, falling prey to this fierce nature in the attempt. As one of them put it: you need to be prepared to look out for and care about the others here, or it will be unbearable.

To me, the best of being human is exactly this: to stand together to make life better for all. And of course there are the stories of individuals who would rather sleep in a tiny shack in the mountains for the entire winter than actually relating to human beings, but mostly it is about communal effort and immense work by human hands. It is about creating a tiny little island of an environment where humans can live, against the vast nature outside. Yes, I did fall a little bit in love with it in this short visit, even if it's no longer the miners' town it still was in the eighties.

It's still one of the outer edges of our civilization, and if you want to learn about being human in the face of ruthless nature, you may just consider a winter in Longyear. 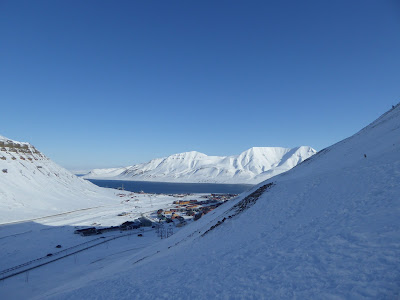